“Chocolate is God’s excuse for broccoli,” American writer Richard Paul Evans once said. And Charles Dickens also wrote aptly: “Nothing is more valuable than a good friend, except a friend with chocolate.” The whole world loves chocolate because it comforts the soul and makes people happy, can protect the heart, and even make it beautiful.

“Food of the Gods”. The translation of the Greek name for Theobroma cacao, the cacao tree, sounds enticing in itself. And so it is not surprising that chocolate is one of the most popular and sensual sweets of all. The first known “chocoholic” was Maria Theresa of Austria, the wife of the Sun King Louis XIV. She loved chocolate so much that after her death in 1683, out of mourning, her husband completely banned chocolate from official occasions and receptions. Today, each of us eats an average of nine kilograms of chocolate a year.

That’s 91 bars of sweet sin – which are sometimes far more than just a sweet treat. “We only survived the hardships because we had enough chocolate,” reported Norwegian polar explorer Roald Amundsen, who was the first person to reach the South Pole in 1911.

The triumph of chocolate begins with the cacao pod: around 3,500 years ago, the Olmecs in what is now Mexico broke open the large pods of the cacao tree for the first time, pureed the seeds inside and the pulp surrounding them, and mixed them with cold water. This first cocoa drink tasted very bitter – but was in great demand. So much so that only kings and successful warriors were allowed to drink it. Women were strictly forbidden from sipping cocoa, which was considered stimulating. 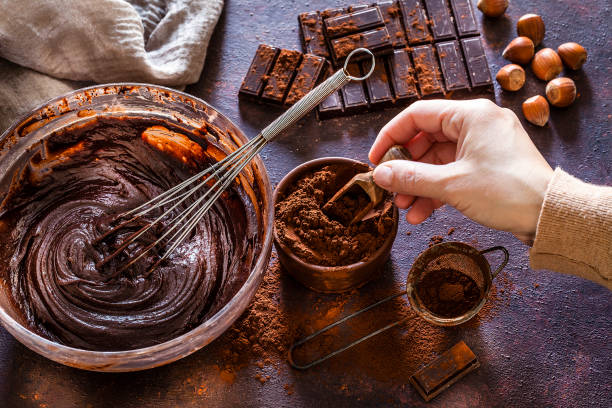 Cocoa beans were so valuable that they were accepted as currency for a while. At some point, the tart drink was then flavored with pepper, vanilla, and corn, and finally sweetened between 1519 and 1544 – and from that moment cocoa and chocolate started their brilliant triumphal march around the world.

3. From cocoa bean to chocolate

Almost 540,000 tons of dark and whole milk chocolate are produced in Germany alone every year. The cocoa pods in the growing areas around the equator are harvested by hand and the beans are fermented and dried on-site. They come to Europe by ship and are first roasted in the chocolate factories (the typical cocoa aroma is created), then the shells are removed and finally mixed with cocoa butter and sugar (depending on the variety also with milk powder or cream) and ground.

The mass is then first rolled for several hours and finally stirred in the so-called conche (invented in 1879 by the Swiss Rodolphe Lindt). The last unwanted bitter substances now evaporate, the aromas unfold completely and the typical chocolaty creaminess develops. Depending on the type and quality of the chocolate, conching can take up to 72 hours.

4. Chocolate as a seducer

“I don’t want chocolate, I’d rather have a man!” Trude Herr crooned fervently in 1959. Unfortunately, we don’t know whether she found her sweetheart in the end. But on the other hand, sweet sin and great love are by no means mutually exclusive! This is proven not only by Bridget Jones – who, as is well known, even ate chocolate for breakfast – but also by Juliette Binoche as Vianne Rocher in 2000, who conquered Beau Johnny Depp with her sophisticated chocolate creations in the film “Chocolat”.

The French Cardinal Alphonse de Richelieu is said to have reached for chocolate during the melancholy attacks that often tormented the poor. That was around 1642 – and even today chocolate is said to make people happy. In fact, it contains the messenger substance serotonin, often referred to as the happiness hormone. However, its concentration in chocolate is so low that you would have to eat almost 300 bars for a real rush of happiness. Nevertheless, chocolate is a soul caresser because we have learned to reward or comfort ourselves with it in certain situations. And in this way, in the Pavlovian manner, they can evoke small feelings of happiness. They feel – serotonin or not – sometimes just really real.

6. Cardiac protection in a different way

“No other time has nature squeezed such an abundance of the most valuable nutrients into such a small space as in the case of the cocoa bean,” said natural scientist Alexander von Humboldt. In the 16th century, more than 1500 uses for the raw material cocoa were known. Among other things, it was assumed that the beans act against coughs and colds, but also against the “evil eye”. In the 19th century, chocolate was then sold at high prices in pharmacies as a tonic. Today we know: Of course, chocolate is not real medicine, even though it contains some of the healthy substances of the cocoa bean. And studies confirm that dark chocolate with a high cocoa content can have a blood pressure-lowering effect and protect against cardiovascular diseases thanks to many bioactive plant substances.

A distinction is made between dark, milk, and white chocolate. The latter is often not even referred to as “real” chocolate among connoisseurs, since it contains no cocoa, just cocoa butter. And how do you recognize good chocolate? “There is bulk cocoa and fine flavor cocoa,” explains Georg Bernardini, chocolatier and author of the book “The Chocolate Tester”. “Cheap consumer cocoa is often used for inexpensive chocolate, while more expensive varieties often contain more aromatic and also significantly more expensive fine flavor cocoa.” The price can therefore be an indicator of quality.

More expensive chocolates are also often more complex, and sometimes still made by hand. “But the most important thing is clearly a look at the list of ingredients: Dark chocolate consists at best of just cocoa and raw cane sugar. Some cocoa butter or soy lecithin and natural vanilla are also okay, but there is no place for more ingredients in good dark chocolate,” Bernardini knows. And what about milk chocolate? “If you value the cocoa taste, look for at least 38 percent cocoa. Sugar shouldn’t be too high up on the ingredients list, and of course, artificial flavors and colors shouldn’t show up either.”

8. Step by Step: Make your own chocolate

Homemade chocolate is a great Christmas present. You need 50 g raw cocoa, 50 g vegetable margarine, 200 g milk powder, 100 g honey, and 125 ml cream. Preparation: Bring water to a boil in a large saucepan. Place a small saucepan and let the margarine melt in it. Mix the milk powder and cocoa in a bowl, then add to the margarine. Mix everything well and gradually add the cream.

Remove the small saucepan from the water bath and continue stirring. Allow the mass to cool to about 50 degrees, then add the honey. Spread the chocolate mixture on a greased baking sheet until it is about a finger’s width high. Sprinkle with spices or chopped nuts if you like, then dry in the oven for 10-20 minutes at 50-100 degrees. 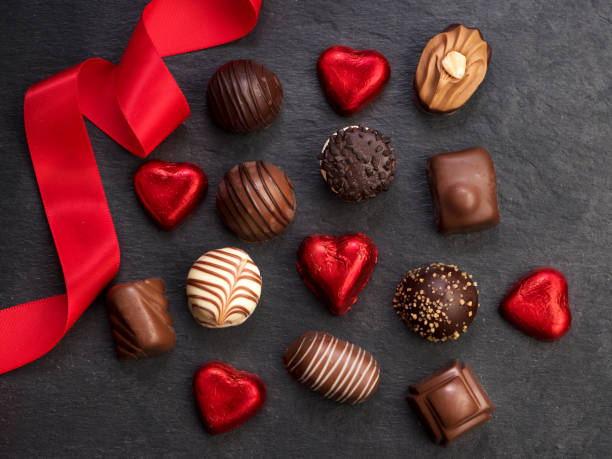 beer with chocolate? chocolate noodles? chocolate liquor? Is there anything today! Even chocolates with chili, licorice, sea salt, or other unusual ingredients are no longer niche products. “The latest trend when it comes to chocolate is raw chocolate,” says chocolate expert Georg Bernardini. Raw makes you happy is the motto, and the form of nutrition in which food is heated to no more than 42 degrees has more and more fans. Now the raw food trend is expanding from main meals to snacks.

“Even for raw chocolate, the cocoa beans are never heated to more than 42 degrees during production,” explains Bernardini. “In this way, a particularly large number of valuable ingredients are preserved.” A second megatrend comes from the USA: “Similar to the craft beer movement, more and more small chocolate manufacturers, so-called bean-to-bar producers, are being founded there, but also in England and Australia. who guarantees the entire production process from a single source and offers top quality,” explains Georg Bernardini.