How does Germany cook, eat and shop? Is the number of vegetarian eaters increasing? What is the Germans’ favorite food? Questions that the Nutrition Report 2016 now answers based on a Forsa survey.

The most popular dish of the Germans

According to the 2016 Nutrition Report, the favorite food of Germans is pasta. Around 35 percent of those surveyed chose hot pasta as their number one choice. This is followed by vegetable and potato dishes with 18 percent and fish dishes with 16 percent. Fourth place goes to salad (15 percent), fifth place to pizza (14 percent), and sixth place with 11 percent to meat dishes/schnitzel.

In general, Germans often serve meat dishes and sausages: around 83 percent of those surveyed eat them several times a week. Around 47 percent of men and 22 percent of women eat meat and/or sausage every day.

Of course, the survey participants also have a sweet tooth, as the 2016 Nutrition Report reveals. Around 42 percent of men like to snack while watching TV. For women, the proportion is 33 percent. 16 percent of German men drink soft drinks every day – around ten percent more than women.

The proportion of vegetarians low

Interest in vegetarian and vegan diets is increasing every year. In fact, only three percent of the Germans surveyed are vegetarians – more women than men. This is now shown by the 2016 Nutrition Report.

77 percent of the survey participants stated that they enjoy cooking a lot. This desire is particularly pronounced among young adults up to the age of 29, city dwellers, and women (around 80 percent each). However, only 41 percent of those surveyed cook every day

Twelve percent of the Germans surveyed abstain from products containing lactose, gluten, and fructose due to intolerances. According to the 2016 Nutrition Report, women are more frequently affected than men. 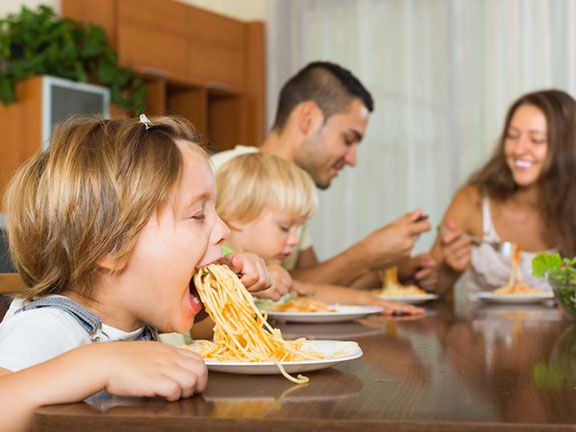 Food from the region is very trendy! More and more people want to know exactly what ends up on their plate and how it was made. According to the 2016 Nutrition Report, 76 percent of those surveyed pay attention to regional products.

For 58 percent of the participants, it is important to pay attention to the prices of groceries when shopping. Above all, young adults up to the age of 29 are guided by advertising when making their purchasing decisions.

A glass of champagne is usually a toast on very special occasions. But the chilled sparkling wine is also…

Leftovers from the Sweet Chocolate Santas

There is a lot of snacking going on during the Christmas season. Chocolate Santa Clauses in particular are popular…

Pepper is one of the most popular spices in the world. It gives every dish that certain something of…

Wild Salmon is Lower in Fat Than Farmed Salmon

Persimmon: Vitamins to Eat with a Spoon

The persimmons are in bright orange in the fruit department of the supermarkets. You should grab it the next…

Cheap fats such as palm oil are being used more and more frequently in foods. This is the result…

Vegetarians avoid meat and fish in their diet. But the water dwellers in particular are great suppliers of iodine.…