Farting on bread: If you have a rumbling stomach after eating a piece of bread and butter, you will quickly suspect gluten intolerance. In fact, flatulence is caused by the way the bread is made, not the type of grain. EAT SMARTER explains which slices of bread are particularly affected.

Does every roll have its own tone?

Bakers line the streets and advertise “freshly baked bread”. But as is always the case when a food production process is industrialized, something falls by the wayside. In the case of industrial bread, this is the rising time of the dough.

Often there is a rumbling in the stomach after eating bread, the diagnosis is quick: irritable bowel syndrome or gluten intolerance. However, scientists at the University of Hohenheim have now discovered that it is not the grain that causes the flatulence, but rather the short rising time.

In their study, the scientists examined both the types of grain and the manufacturing process. Industrial loaves in particular are far too short, usually just an hour. But the process is very important because it breaks down indigestible FODMAP sugars. 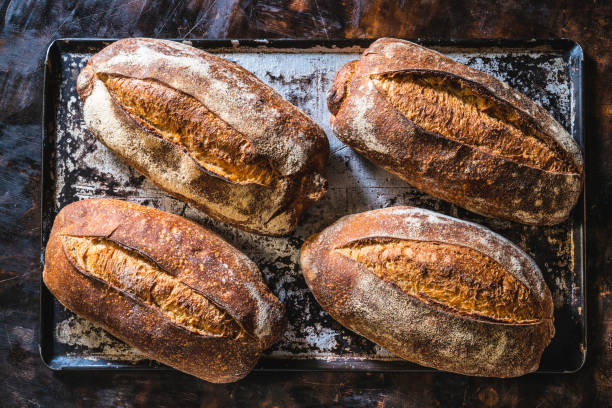 The term FODMAP describes a group of short-chain carbohydrates and so-called sugar alcohols that are fermentable. They are neither toxic nor dangerous but cause pain in irritable bowel patients because the small intestine cannot break them down. In the colon, the FODMAP sugars from carbon dioxide, methane, and hydrogen, cause bloating.

As early as 2010, an Australian study examined and found that a low-FODMAP diet has a positive effect on the symptoms of irritable bowel patients. By the way: Although spelled flour contains fewer FODMAPs than wheat flour, the difference is so small that it has no noticeable effect.

This prevents the bread from bloating

So the real culprit is the rising time in bread-making. It determines how high the FODMAP sugar concentration is in the dough. Industrial bread usually only lasts an hour, which is far too short and so this bread has the highest FODMAP concentration.

In traditional bread making, the dough rises for several hours because the ingredients need this time to combine. This gives the dough the right firmness and full aroma.

The scientists from the University of Hohenheim analyzed bread with rising times of one, two, four, and four and a half hours. After four and a half hours, only 10 percent of the FODMAP sugar content remained and the slices of bread also contained more biologically usable zinc and iron. So the longer the rising time, the more digestible the bread! 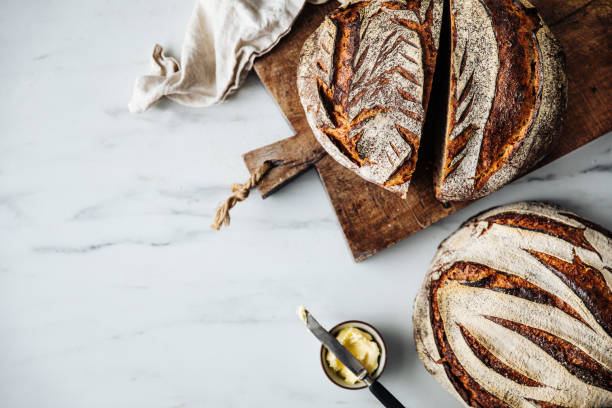 Some manufacturers – particularly those for supermarkets and “quick bakeries” – even separate the outer layer of the grain kernels. This saves money but robs the bread of many vitamins, minerals, and fiber, which are mainly found in this outer layer.

So if you want to eat really nutritious bread and avoid possible flatulence, you should buy bread from a baker who still bakes in the traditional way. Or fire up the oven yourself and bake some walnut bread yourself.

While we are still happy about donuts, cupcakes, and co., food trends such as rainbow bagels or muggles have…

These Foods Should Not Be Missing in the Pantry

With a newly published civil protection concept, the federal government has triggered a discussion about the sense and nonsense…

Olive oil is one of the most popular oils in Germany. The label “extra virgin” or “native extra” promises…

Smoothies: Do Not Use Fruit Stones or Frozen Fruits

Health-conscious people don’t leave the house in the morning without their smoothie. When preparing the vitamin drink, however, there…

Make Your Own BBQ Butter!

It’s the little things in life that spice up a moment. It’s the same with eating. So at the…

Cronut was yesterday, now there are sushi donuts! The light alternative to the greasy classic is because they do…

We’ve just gotten used to the green Matcha Latte when the next trend hits us: the Smurf Latte. The…

9 Tricks: Cool Drinks on the Go