Juice is vegan, of course. It’s just fruit. Or? You really don’t think about the fact that this could contain gelatine when you put the apple juice in the shopping basket in the supermarket. For example, one might frown at first if a juice carries the label “vegan” or “vegetarian”. But a test by the FoodWatch organization has now shown why this is so important.

This is deceptive, especially with plant products, since no animal additives are expected there. Manufacturers often cloud apple juice with gelatine. The gelatine is added when the naturally cloudy juice is filtered and then filtered out again later – the cloudy substances in the apple juice are extracted.

The result: Gelatine is no longer detectable in the clear apple juice product and it, therefore, does not have to be labeled as food containing animal products.

There are also alternative methods of clarifying apple juice: Manufacturers such as Beckers Bester and Eckes Granini, for example, use mechanical filtering, known as ultrafiltration. Plant-based products such as pea protein can also be used instead of animal gelatin.

FoodWatch bought a total of over 30 apple juices from various manufacturers at Edeka, Lidl, and Rewe – both Edeka and Rewe’s own brands and branded products such as Pfanner and Valentina. The test included apple juice, apple nectar, and apple spritzer.

More than every third apple juice or apple nectar failed. The apple spritzers also perform similarly poorly: five out of 14 juices are made using gelatine or clarification with the help of gelatine cannot be ruled out.

By the way, the most commonly used gelatine is pork. Only the manufacturer Lichtenauer stated that they also use beef gelatine in the production of the apple spritzer. Incidentally, both brand manufacturers and private labels are affected: from Albi to Adelholzer to Rewe Bio.

The manufacturers Pfanner, Beckers Bester, and Valentina were praised because they replace the animal gelatine with a plant-based gelatine substitute such as pea gelatine or achieve clarification through ultrafiltration. We have already reported about a juice for vegans in our veggie blog.

Clear labeling must be! 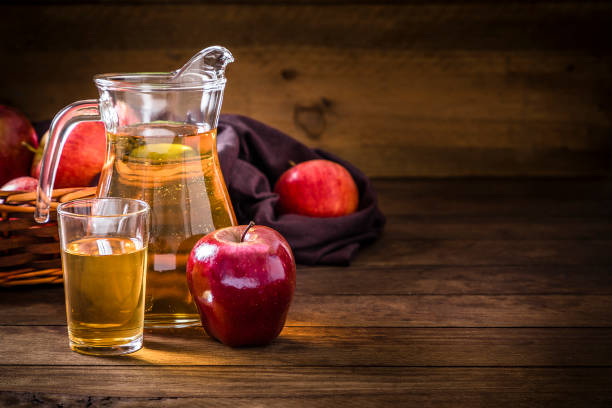 FoodWatch says clearly: Anyone who uses animal gelatine in the production of juices must also state this clearly on the packaging. This is the only way the buyer can make an informed decision. This is essential, especially for people who want to consciously avoid animal products!

For Fruit and Vegetables: How To Remove Pesticides Correctly

Pesticides are hazardous to health and should not be absorbed into our bodies if possible. That’s why you should…

Cloud Bread – This fluffy bread is an indispensable part of the low-carb kitchen. The low-carbohydrate and gluten-free “cloud…

Now it’s back to the time when the orange-colored citrus fruits fill the supermarket shelves. Mandarins and clementines are…

Vegetarian and vegan sausage alternatives are now piling up in supermarkets. But that should soon be over: Federal Minister…

What does the new year bring? Maybe a fortune cookie can tell us. The little lucky charms from your…

Incredible Study: Here’s Why You Should Never Eat Raw Dough

A study has now determined why you should never eat raw dough and how dangerous it can be. Raw…

The normal potato has a lot of competition. Namely from its distant relative the sweet potato. Because more and…

While the quinoa was relatively unknown some time ago, the pseudocereal is now enjoying increasing popularity. And quinoa can…