Is coconut oil healthy or not? A hotly debated topic and currently a major debate on the Internet. Responsible for this is the lecture of a Harvard professor who urgently warns against the superfood coconut oil and even describes it as one of the worst foods ever. That’s what we think about it.

Coconut oil is currently on everyone’s lips again. A 50-minute lecture on the topic “Coconut oil and other nutritional errors” by Karin Michels, director of the Institute for Prevention and Tumor Epidemiology at the University of Freiburg and professor at the Harvard TH Chan School of Public Health, went viral and reached a large number of people within a very short time People. Due to the spread of the controversial appearance on the Internet, the YouTube video now has over a million views.

What is the lecture about?

With her lecture, Professor Karin Michels would like to clarify all nutritional errors and present the “truth based on the data”. Among other things, it is about coconut oil, which is considered a superfood, with which you introduce your presentation and cause a sensation right from the start. 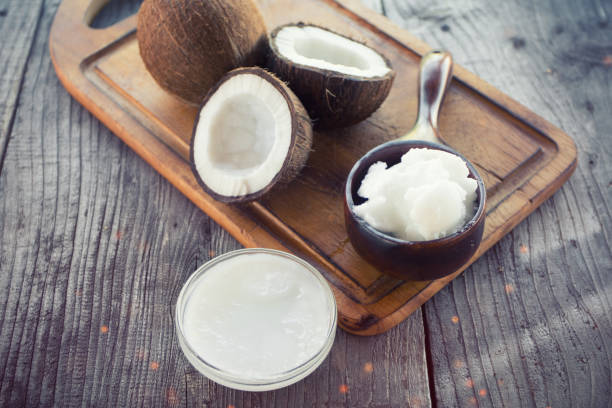 The key message from Michels is short and sweet: Coconut oil is pure poison. She justifies her statement by saying that the controversial superfood coconut oil consists largely (92 percent) of saturated fatty acids, which raise cholesterol levels and clog arteries; which can lead to heart disease. She refers to the latest recommendations of the American Heart Association (AHA) and accuses the responsible German societies of “always lagging behind the international recommendations”.

“Coconut oil is more dangerous to you than lard”

Coconut oil is consistently recognized as having health benefits, as well as being touted as being good for skin and hair care. For Michels, it’s all “complete nonsense. Coconut oil is one of the worst foods you can eat,” she says in her presentation. There hasn’t been a single human study that shows or confirms any beneficial effects of coconut oil. The reactions in the crowd show the extent of the discussion about the superfood coconut oil with its quite provocative formulations.

The next controversial statement is not long in coming: “Coconut oil is more dangerous for you than lard,” said Michels. She assumes that everyone knows that lard is probably not particularly healthy.

That’s why coconut oil is even worse than lard, according to Michel: the saturated fatty acids in coconut oil clog the coronary arteries and significantly increase the risk of a heart attack, or as she puts it: “lead to certain cardiac death”. Michels urgently warns against the “pure poison” since it does not contain any of the essential fatty acids that our body needs.

There is another boost from coconut oil

After her personal statement on coconut oil and her classification that it is definitely not a superfood, but the complete opposite, she now goes into the classification of fats and differentiates between saturated and unsaturated fatty acids and trans fats. She demonizes butter, lard, coconut oil, and palm fat (saturated fatty acids), but artificially hardened trans fats, which can be found in margarine, for example, are even worse than the controversial superfood coconut oil and the like.

Are Saturated Fats Really That Unhealthy?

Because saturated fats are straight and have no kinks, they are very close together. Therefore, fats that are high in saturated fat are solid at room temperature. These include milk fats such as butter and clarified butter, but also coconut and palm kernel oil. They are quite insensitive, can be stored for a long time, and can be heated well.

Saturated fatty acids are often demonized and opinions are so divided on hardly any nutritional topic. Michels does not believe in saturated fatty acids, as she emphasizes several times in her presentation. She believes that these fatty acids increase blood cholesterol and clog our heart arteries, which can lead to cardiovascular disease. So far, however, there is no scientific proof of this.

Why we should all eat more fat

Saturated fat is better than its reputation. Recent studies show that these fatty acids are not harmful. You can raise good cholesterol as well as bad cholesterol. When evaluating cholesterol, the quotient is crucial and this is in the green area for high good cholesterol.

The PURE study, published in 2017, examined the connection between the intake of carbohydrates, fats, and proteins and mortality in 135,000 people from 18 different countries. The result: Those who ate a lot of carbohydrates had an increased risk of dying. In contrast, high fat consumption led to lower mortality—this was also true for saturated fats. Cardiovascular diseases were considered separately as the causes of death. However, neither increased carbohydrate consumption nor high fat intake indicated a higher cardiovascular risk.

Saturated fats do not harm us 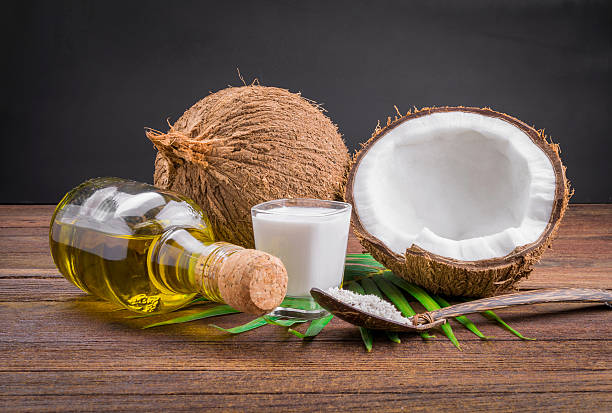 This is the current status! So far, no study has been able to prove otherwise. A study by Russell de Souza from McMaster University in Canada showed again that the amount of saturated fat in food does not increase the risk of diabetes or heart disease in healthy people, nor does it increase mortality.

Even the DGE deletes the indication that too many saturated fatty acids increase the risk of dyslipidemia and cardiovascular diseases. Instead, the Nutrition Society recommends using health-promoting fats, even if they contain a lot of calories.

Conclusion: Don’t panic! There is nothing wrong with occasionally consuming coconut oil. In culinary terms, it can enrich the kitchen in terms of taste and the same applies here: consume in moderation. Then you don’t have to worry at all and you can even benefit from coconut oil.

In the fight against excess pounds, the low-carb diet is very popular. A new study published surprising results: low…

After the first major egg scandal in the summer of 2017, eggs from the Netherlands contaminated with the insecticide…

Oko-Test Explains Why You Should Enjoy Strawberries Seasonally

Strawberries are a real summer highlight. Then we’re really lucky that we can enjoy Spanish strawberries as early as…

Artificial meat – just a dream of the future or soon to be reality? Sounds absurd, but it is…

Make Your Own Buddha Bowl

The smart bowl meals taste delicious, fill you up and give you power. With just a few ingredients, you…

Hardly any Ppesticides in Asparagus Control

All asparagus fans can breathe easily. The popular seasonal vegetable was tested by the Federal Office for Consumer Protection…

Make Your Own Baked Oats

Heat up the oven, put in the oatmeal mixture, and set the table – the baked oats are done!…

Make Avocado Ice Cream Yourself – with Chocolate and Mint

And now a cool ice cream for refreshment! But it has to be healthy because not everyone wants to…