Coffee is well-known and proven as a pick-me-up. But the black broth is slowly getting green competition. Matcha not only contains caffeine but also has an energizing effect. We compared the two pick-me-ups. 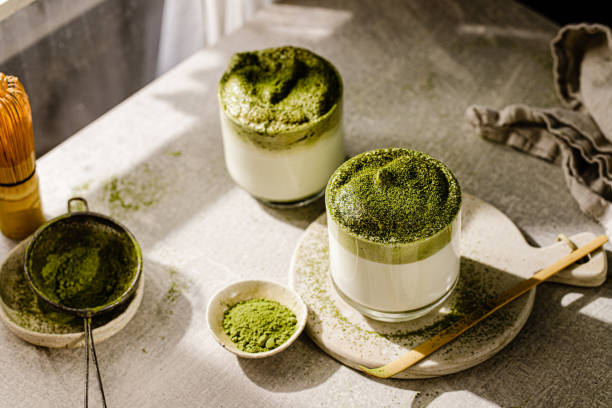 Coffee and matcha have one thing in common, they both contain caffeine. But the stimulating substance works in very different ways. The caffeine in coffee has a quick and strong stimulating effect. You feel awake and fit after a very short time. However, this effect wears off after a relatively short time. Some people then feel a typical coffee nervousness.

Caffeine works differently in matcha, the ground green tea from Japan. The reason: is the different release of the alkaloid. Caffeine from tea is bound to polyphenols, so the caffeine is only released in the intestine. The effect: the effect occurs later and lasts longer. The caffeine in coffee, on the other hand, is bound to a chlorogenic acid-potassium complex. This releases caffeine immediately after roasting and contact with stomach acid. The effect: the caffeine works faster.
Matcha can also help to increase concentration, there is no nervousness as with coffee consumption.

On the following pages, we have compared coffee and matcha again with regard to certain points such as tolerability, effects, and health.
Our summary of the duel can be found on the last page. 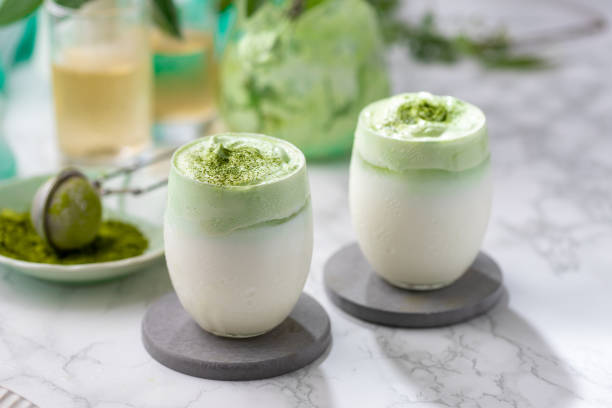 Matcha scores with its health benefits and long-lasting effects. Coffee junkies probably won’t go without their morning “black brew,” but everyone else should definitely try Matcha. Many coffee shops now offer green tea as Matcha Latte. But Matcha can also be easily prepared at home with a so-called Matcha whisk.

“Gene men mei, fly away mashed potatoes” Bibi Blocksberg would call to her broom. And we associate our childhood…

With these great spice mixtures, your next barbecue evening is guaranteed to be a complete success! You can make…

Have you ever tried grilled salmon? If not, then it’s about time! When grilled, the salmon fillet not only…

Of Good and Bad Fats

Fat doesn’t have the best reputation and is still commonly considered the number one fattening food. Not all fats…

How Do I Recognize Good Bread?

Give us today our daily bread… On average, every German eats three to four slices of it a day.…

Grilling Spare Ribs: This is How They Become Really Tender!

Turmeric Latte is the latest craze. The sun-yellow hot drink, also known as golden milk, is said to wake…

Crunchy, healthy, and simply delicious: radishes are used to beautify Japanese and Chinese gardens as ornamental plants. Nowadays, however,…

The Differences When Buying Pumpkins

It’s finally pumpkin time again! In bright colors, it really spices up the dreary autumn – and on the…