In China, soy drinks – also known as soy milk – have been a popular drink for several thousand years. In Europe, the vegan milk substitute has now established itself as a classic among milk alternatives.

The advantages first: soy drinks are vegan, lactose-free, milk protein-free and gluten-free – so they are also suitable for people who are allergic to cow’s milk. And yet the soy drink is not without controversy: there are also allergies to soy. In addition, it is repeatedly claimed that the plant-based milk substitute contains genetically modified soybeans, that the soy is imported from South America and that soy drinks are generally not suitable for children. Not all of that is true. Here we have compiled the most important facts about the soy drink. 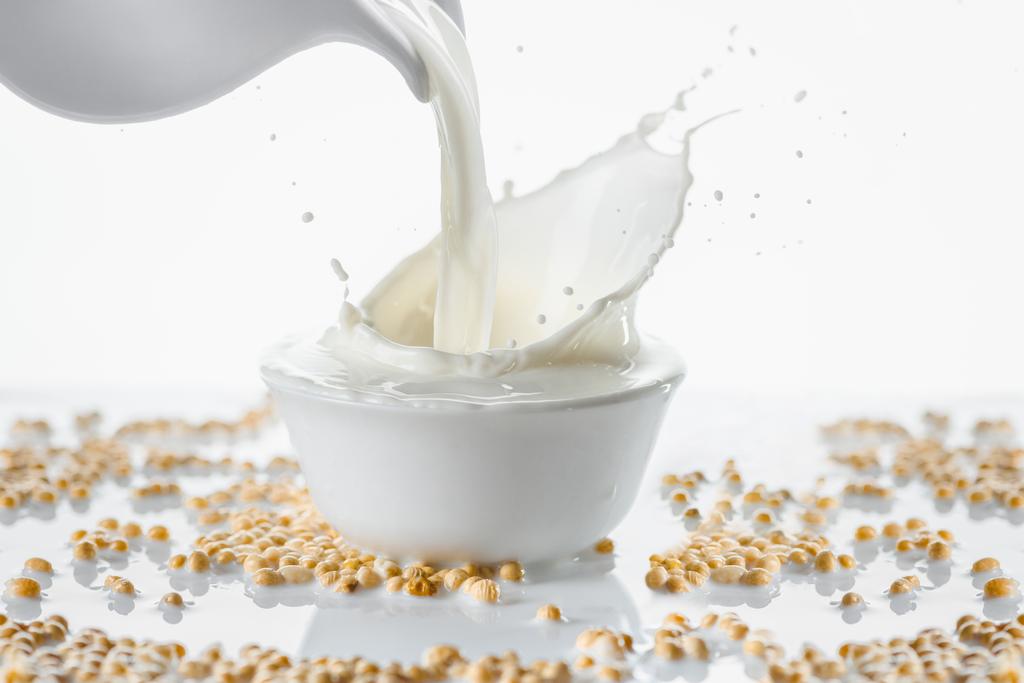 What is meant by soy drinks?

The so-called soy milk may not officially be called milk in the EU because it is not milked but made from soybeans. In retail, the drink can therefore be found on the shelves under the name “soy drink”. The same applies to other milk alternatives, by the way.

Soy drinks are based on soybeans and water. As a rule, the drink is made from the press cake that remains when soybean oil is pressed from soybeans. This press cake is soaked in water, finely mashed and then filtered so that solids and liquids are separated.

The pure “soy milk” is then further processed – into tofu, other meat alternatives or drinks. In order to make them durable, the milk alternative is heated to an ultra high temperature.

The finished soy drink usually contains between 8 and 10 percent soy. The slightly yellowish liquid is reminiscent of cow’s milk in consistency, but tastes more like beans or slightly nutty.

Minerals, especially calcium, vitamins such as vitamin B12, and often sugar or flavorings are added to many soy drinks.

What’s in the soy drink? The nutritional values

At three to four percent, the protein content is about as high as that of cow’s milk, but the proteins from the milk substitute are considered to be somewhat easier for the human body to utilize.

In addition, the soy drink also contains saponins and flavonoids, secondary plant substances that are said to have a positive effect. The calcium and vitamin B2 content is rather low, which is why it is often artificially added. 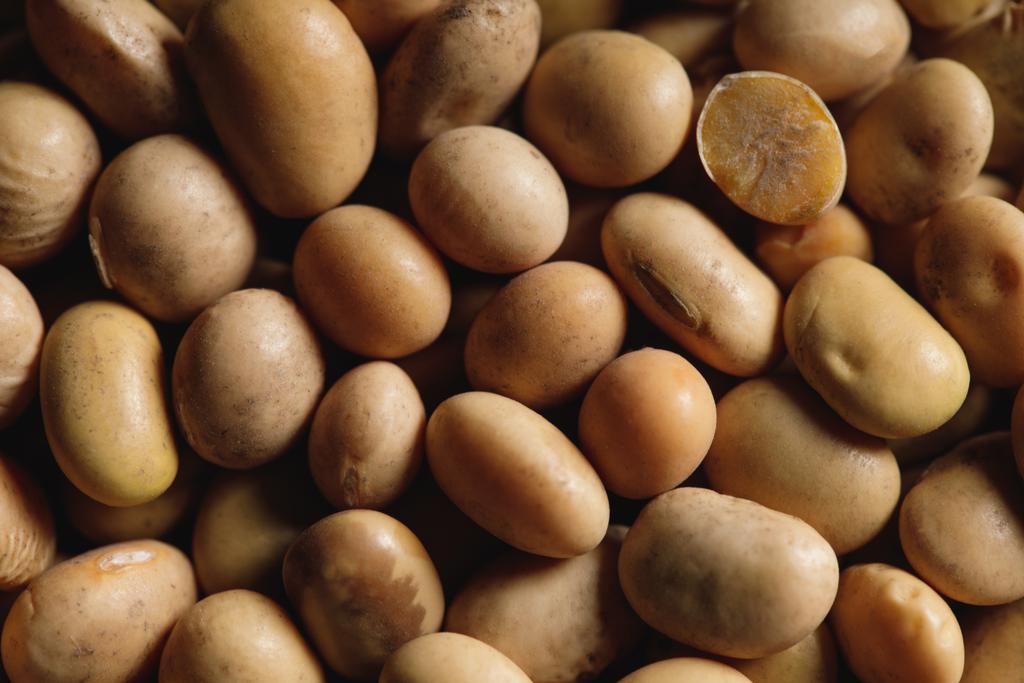 Is soy drink healthy as a milk substitute?

Are soy drinks healthy? Yes and no.

The milk substitute has positive health aspects: It is suitable for people with lactose or milk protein intolerance. Gluten allergy sufferers also have no problems with the drink.

As a high-quality supplier of unsaturated fatty acids and as a source of protein, soya drink helps to ensure the supply of these nutrients in a vegan lifestyle.

The lack of cholesterol also has a positive effect on people with problems in this area. All points that speak in favor of using the milk alternative in coffee or muesli.

Does salt belong in the pasta water? If so, when and how much? There are many myths circulating on…

Cassava flour is a good alternative to conventional wheat flour. It is gluten-free and grain-free and yet can be…

Plant Garlic: This is How it Grows at Home

Planting garlic is not difficult at all – even if it is not native to us. If you follow…

Freeze Yeast: This Way You Can Use it For Longer

Freezing yeast makes sense if you have leftover yeast after baking or you bought it in advance. Here we…

Are Oreos Vegan? What You Need to Know

Are Oreos vegan? This question is often discussed among vegans and there is still disagreement about the popular biscuits.…

Salmiak: Is The Flavoring in Sweets Healthy?

Salmiak has always been a natural remedy that is particularly popular in northern Europe. If you overdose, however, it…

Sodium Acetate: This is What E 262 Causes in Food

Sodium acetate acts as an acidity regulator and preservative in various foods. The additive is considered harmless. We’ll show…

Hop Tea: Application, Effect and How to Make The Home Remedy

Hop tea is not beer, but rather a tried and tested remedy. Hops have a calming effect and have…