You can learn a lot about the history and culture of people through their literature, music, and food. This is especially true for Liberia. Once called the Pepper Coast, Liberia is located on Africa’s western coastline. It has the unique distinction of being the only African country to have been inhabited by freed blacks, former slaves from South America, North America, and the Caribbean. Declaring its independence on July 26, 1847, Liberia is also the oldest democratic republic in Africa. This unique story best reflects the traditional cuisine of Liberia. 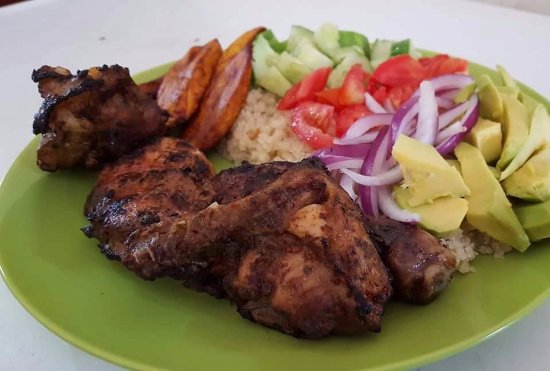 Liberian cuisine can be described as a mixture of coastal West African cuisine with culinary traditions from the American South and the Caribbean.

Like most West African countries, Liberian food is built around rice and cassava. Rice is a staple food. Even today, especially in rural areas, many Liberians continue to grow their rice, cassava, and sugarcane. Cassava and potato leaves are boiled and eaten like spinach. The sugarcane is either peeled or the tough bark is cut open and the sweet juice is sucked straight from the cane.

Fish is one of the key sources of animal protein in Liberia.

Also in the cuisine of Liberia, the meat of wild animals is used and is considered a delicacy, including elephants, pygmy hippopotamus, chimpanzees, leopards, dukers, and various types of monkeys.

The most popular spices in Liberian cuisine are habanero pepper and scotch bonnet chili, which are added to thick stews, and ground cayenne pepper is used as a flavoring and preservative.

Palm oil is added to almost all food in Liberia.

Rice Bread is a sweet rice bread commonly served as a dessert in Liberia.

Goat soup is a national soup served on important occasions and at special events.

Beef internal soup – made with beef, tripe, dried cod and other smoked fish caught from the nearby ocean.

Liberian Palm Butter Soup is a spicy meat soup (usually made with chicken and ham) that is cooked with chopped palm nuts, pepper, dried fish, okra, and spices. Traditional dish of the African tribe “Kru”, but widespread throughout Liberia.

Chicken Peanut Soup is a traditional Liberian lunch dish. It is a thick chicken broth soup with tomatoes, peanut butter, herbs, and spices.

Jollof rice is a traditional red rice dish with vegetables popular throughout West Africa, including Liberia.

Fufu is a dense, thick porridge made from fermented dried cassava root. Fufu can also be made from rice, plantain, corn, or yam, but most Liberians use cassava. It is dried, ground into powder, boiled, and shaped into elongated balls about 5 cm in diameter. Fufu is usually eaten with spicy soup, pinching off a piece and immediately swallowing it without chewing.

Dumboy is a dish similar to fufu, with the only difference that it is prepared from fresh cassava root. It is first boiled and then crushed.

Palava sauce is one of the favorite dishes in Liberia, traditionally made from plateau leaves (okra), with the addition of palm oil and dried fish, chicken, or any other type of meat. Served with white rice.

Liberian Potato Greens is a traditional hot and sweet stew made from potato greens with meat or chicken. They are usually eaten with rice. Sweet potato leaves are also often replaced with cassava leaves.

Geebee / GB Soup – Despite the name, it is the main dish that is often served at parties and celebrations. It is a spicy thick meat gravy cooked with a lot of spices. Most often served with rice or fufu.

Rice bread and Sweet Potato Pone are served for dessert.

Ginger beer is usually drunk with meals. Coffee is only served on special occasions.

Palm wine is a traditional wine made from fermented palm juice. It can be drunk as a beverage or used in food preparation, such as a yeast substitute in bread, or as vinegar after it has gone bad.

Gana is a local rum made from sugar cane, also called cane juice. 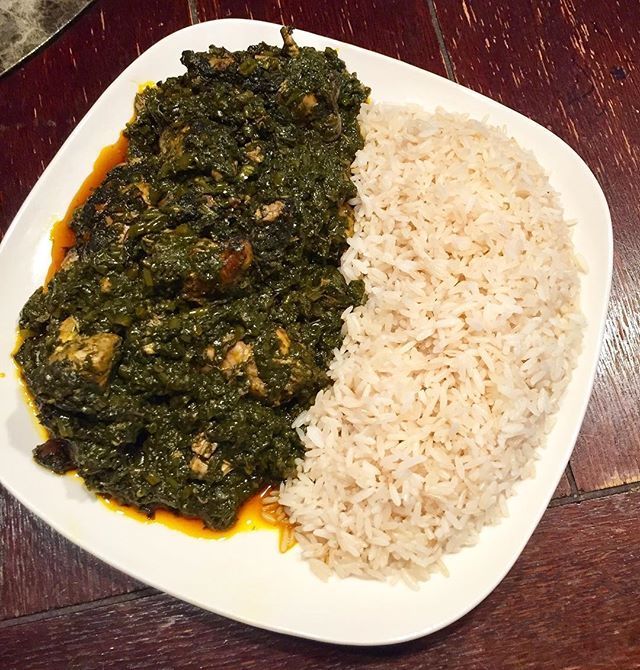 In Liberia, it is customary to place plates and glasses upside down and with a napkin on top on the table so that the guest can turn the clean dishes over for use. The host arranges all the food at once and stays at the table throughout the meal. All dishes also remain on the table until the end of the meal.

Most Liberians eat with their hands, although American customs have brought cutlery to the kitchens of many city dwellers.

A typical Liberian dinner is a dumba or fufu, served with palm oil and palava sauce, as well as meat stews, jollof rice, and beef giblets soup.

Liberians greet each other with a handshake. At the same time, shaking, they take the middle finger of another person’s right hand and flick it up and down. This tradition dates back to the days of slavery when a slave owner broke a slave’s finger to establish property. The handshake (or “click”) celebrates Liberia’s freedom from slavery.