The traditional culture of each nation consists of the material and spiritual spheres, which, in turn, include a number of components that determine the worldview of the people. One of these components of the material culture of an ethnic group is food. Like other peoples, the Mexicans have developed their own set of food products, closely related to the natural environment and economic and economic activities. The variety of dishes and the way they are processed are also closely related to the ethnic traditions of the Mexicans. The purpose of the study is to identify the characteristic features of Mexican cuisine and the complex traditions associated with it, to show the specific features inherent in the food culture. The history of Mexican cuisine is deeply rooted, combining Spanish and Native American culinary traditions. The synthesis of the two culinary cultures began as early as the 16th century. The main ingredients of Mexican cuisine were: corn, beans, chili, spices, cactus, and tomatoes. The Indians, on the other hand, prepared from other products, and here the beloved chocolate played an important role, the daily diet of which was guided by it. The Spaniards added wheat, barley, rice, meat, olive oil, nuts, wine, and parsley. One of the innovations was cheese. 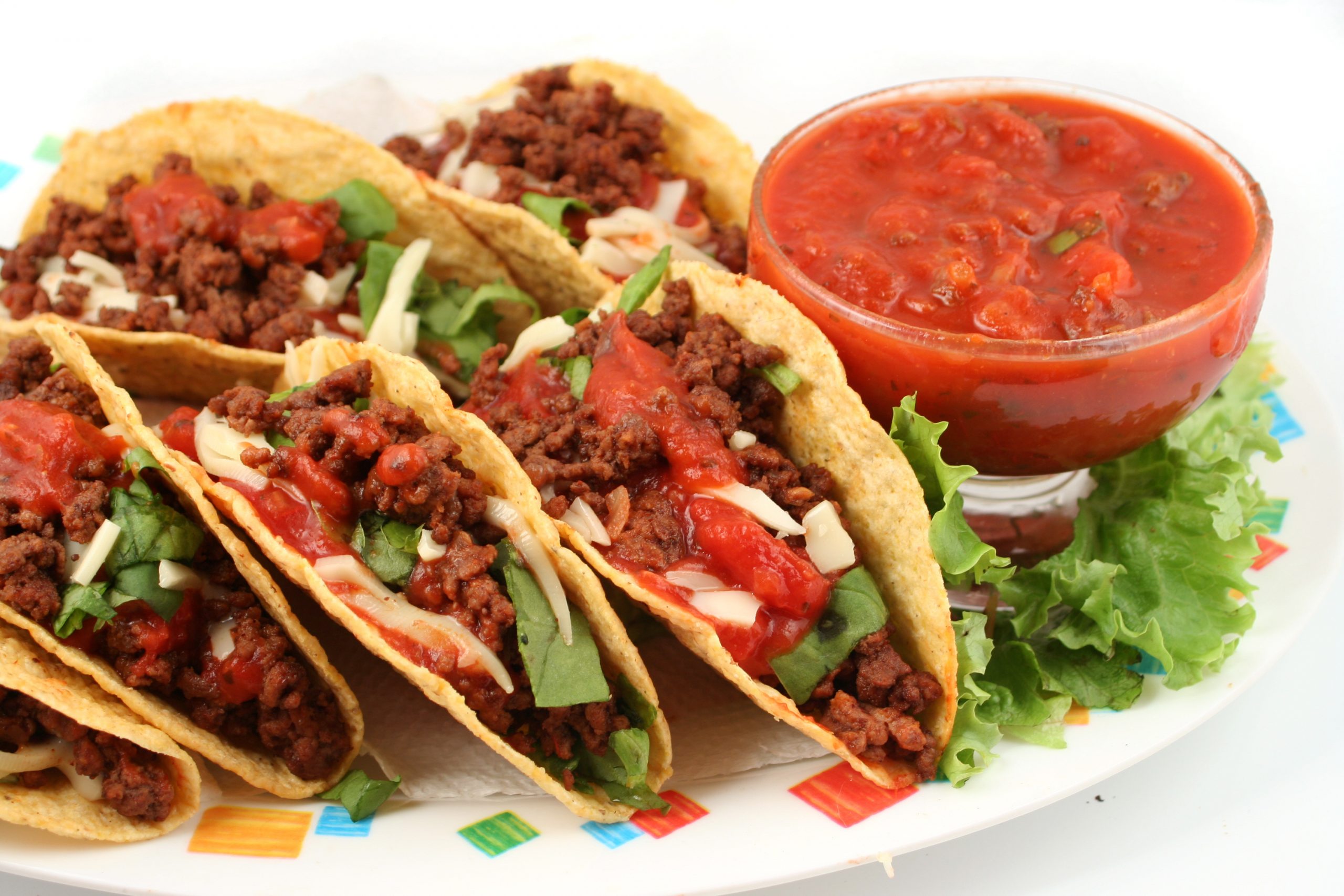 The presence of cattle and other domestic animals brought in by the Spaniards allowed for many different dishes to be added. This is how the hard cheese “Manchego”, consisting of sheep’s milk, appeared in Mexico. Mexican cuisine is considered the most popular in the world, namely, it is famous for its national cuisine. In modern public catering enterprises, two trends are distinguished: 1) the desire for the originality and sophistication of the chosen cuisine and culture; 2) many assortments of national dishes and drinks. Mexican cuisine is unique, it includes a rich assortment of meat and vegetable dishes, different sauces, and exotic fruits.

The peculiarity of Mexican dishes is the presence of a large number of different spices and the constant chili pepper, without which no Mexican dish can do. With regard to meat products, in most cases, Mexicans use pork, beef, veal, lamb, and poultry. One of the most important ingredients of Mexican cuisine is the spicy sauces “mole” and “salsa”, which complement the taste of the main dishes. Another characteristic of Mexican cuisine is the use of a variety of corn varieties as the main ingredient in various national Mexican dishes: corn is used in almost all dishes, from “hard beer” to tortilla. Traditional tortillas made from cornmeal are on the menu of every Mexican restaurant. Corn tortillas can also be used to make the popular tacos, which uses selected beef as the filling. It should be noted that dishes made from corn, chili, beans, and pumpkin have been cooked in Mexico for many years. It is also important to note the interesting fact of the use of prickly pear, vanilla, and agave cactus as an ingredient in Mexican cuisine. In addition, there is a wide variety of fish and seafood dishes in contemporary Mexican cuisine. Many people use not only the classic heating equipment for restaurants but also the use of ancient methods of cooking: clay vessels or leaves. Mexican cuisine is easy to prepare, so it is not only delicious but also healthy. 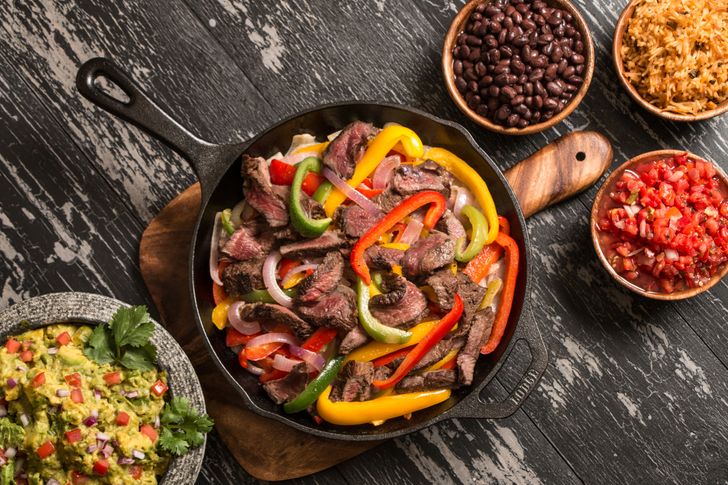 Guacamole remains one of the most popular Mexican dishes since ancient times, the recipe of which has survived through the centuries to the present day. It includes avocado pulp flavored with lime juice, chili, cilantro, and green onions. Served “guacamole” with tortillas. As a side dish for various fish and meat dishes, for the preparation of which a “cutter” (sausage) is used for meat, Mexicans use beans. Of course, all this is not complete without chili. As mentioned earlier, there are many different spices in Mexican cuisine, such as cilantro, cumin seeds, chaya, verbena, avocado leaves, Santa yerba herb. As for dessert dishes, pancakes with various fillings of exotic fruits and condensed milk occupy an important place here. Alcoholic drinks in Mexico, of course, are not limited only to tequila, but it is Tequila that is in great demand, both in the country itself and abroad. The homeland of tequila is the city of the same name in the state of Jalisco. Tequila has a rich assortment of various high-grade drink “mescal”. Mescal is a strong Mexican alcoholic drink, it is a pure distillate of agave mash, enriched with a variety of fruits, spices, and honey. The word “mezcal” in Mexico means everything that is made from agave juice. Typically, the drink is placed in a bottle, at the bottom of which a caterpillar or other species of insects that live in Mexico float. It is believed that if a caterpillar does not dissolve in mezcal, then it is of high quality. Thus, having considered the features of Mexican cuisine, we can say that Mexican cuisine is an integral part of the culture of the people. It is determined that the traditions of food, laid down in Mexican cuisine, have evolved over the centuries. The Mexican cuisine was significantly influenced by the influence of the religious factor, that is, the dominant religion in the country. Mexican traditional dishes are based on cornflour dishes, cacti, alcoholic beverages, and, of course, different types of sauces and spices, without which no dish is complete. 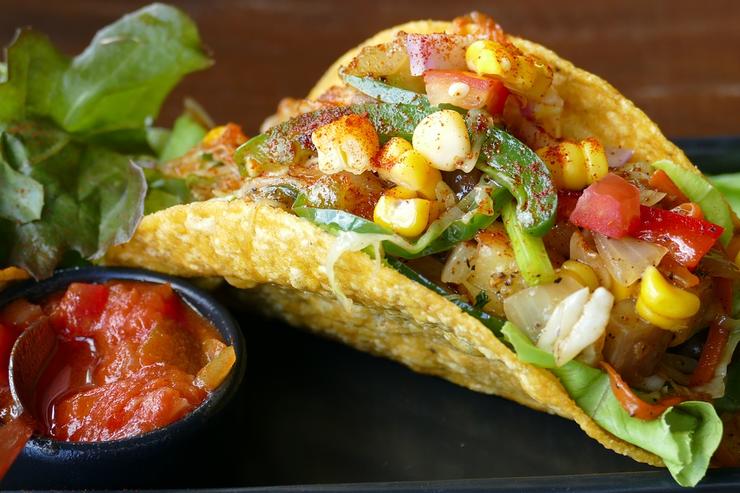 Each nation has its own, time-tested set of favorite products, from which skilled chefs create recipes for delicious dishes. In many ways, the national products of Mexico owe their origin to the geographical location of the country and the historical features of its development. It’s amazing that some of the popular foods that people around the world are used to come from Mexico.

Scientists have found that everyone’s favorite chocolate, beans, peanuts, coconuts, tomatoes, and vanilla are native to the land of the Aztecs and Mayans. They are included in many recipes of Mexican cuisine, giving them a national flavor.

The oldest product in the Mexican diet is corn, which is carefully cultivated by many civilizations. Many dishes are prepared on the basis of cornflour. Masa, like tortillas, is a Mexican stuffed flatbread, and tamales, a porridge with a sweet or savory flavor, is traditional food. Such cakes were stuffed with a variety of products, from meat and poultry to cheese and vegetables. There were many types of corn. The process of processing grains has been taking shape for centuries. For the people of Mexico, tortillas have the same meaning as bread for Europeans.

Beans in Mexican cuisine are another important product from which a variety of soups and cereals are prepared. Beans combined with vegetables, spices, and meats made wonderful traditional dishes.

It is impossible to imagine a menu in Mexican restaurants without chili peppers. This product is used fresh, dried, and smoked, and it adds flavor to every dish it contains.

The highly developed national cuisine of Mexico dates back to the culture of the Indians, which prevailed in the era before the Spanish colonization. The traditions of the Aztecs and Mayans, who lived in the highlands and were destroyed by the conquerors from Europe, were preserved by the Mexicans, as a tribute to the history of the country, and have survived to this day. Ancient peoples founded and perfectly developed agriculture, the main results of which were crops such as grain, legumes, peppers, tomatoes, sweet potatoes, avocados, and many others.

The national Mexican cuisine contains dishes, the composition of which was formed by the ancient inhabitants of the country. It is known that the Maya did not adhere to vegetarianism and ate turkey and meat from dogs specially raised for this purpose. The diet was based on corn, beans, and pumpkin crops, and the ancient peoples knew about pepper and honey from time immemorial. The Aztecs diversified their plant diet with shrimp, algae, and some insect species, ants and larvae.

It has been proven that insects provide the human body with an amount of protein that exceeds their content in meat, which is why in some parts of Mexico they are a delicacy even in our time. The source of meat for the Indians was hunting wild animals and birds such as wild boars, ducks, fallow deer.

Spanish colonization brought new features to the cuisine of the indigenous peoples of Mexico and to the characteristics of Mexican cuisine. Some food crops have been banned. Among them was amaranth, used by the Aztecs instead of wheat for baking bread, which led to the malnutrition of local residents.

The invasion of the conquistadors was accompanied by the emergence of new types of meat: beef, pork, lamb. Also, the conquerors from Europe brought with them wine, vinegar, and cheese, which have long been known to the inhabitants of their continent. The process of assimilation of Indian Mexican cuisine receives a new tender – it is enriched with products from Africa and South America.

The united food traditions of the countries of several continents have formed the unique features of modern Mexican cuisine, thanks to which it has gained popularity all over the world. The widespread use of vegetables makes the dishes healthy, enriched with vitamins and minerals, and the inclusion of sauces with various spices in the menu gives them a bright and rich taste. 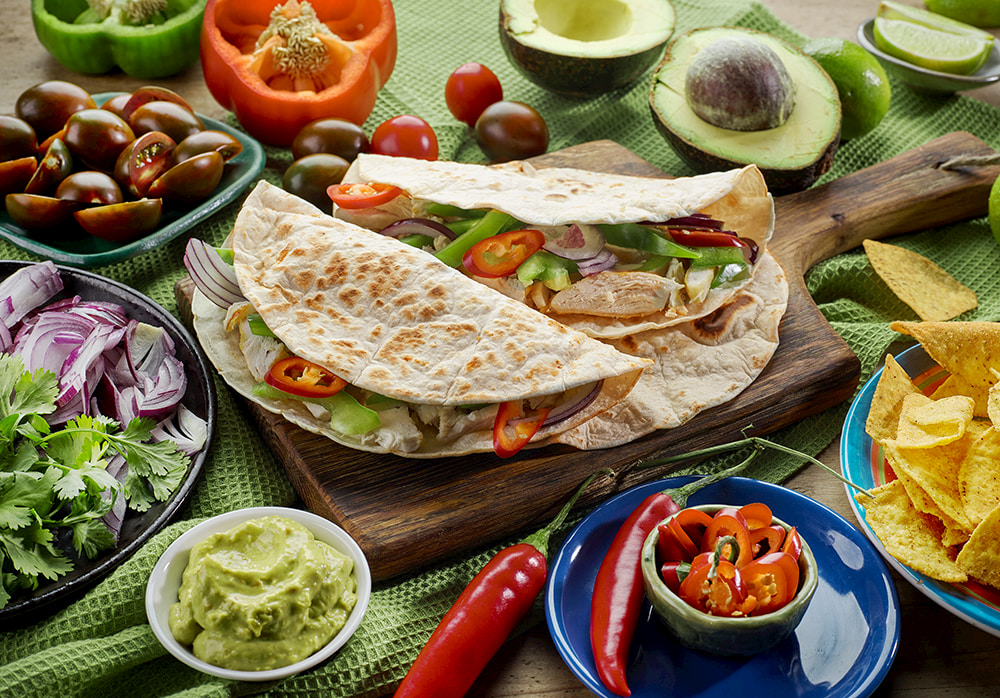 Typical Mexican vegetables, such as avocados, are added to the carrots, spinach, beans, and cauliflower familiar to Europeans. They like to add it to first courses, sauces, salads, and desserts. Avocado guacamole is offered in many Mexican cafes as a mild sauce for the main course. Jerusalem artichoke tubers are very useful and typical food for Mexico. The vegetable chayote pear is used for making traditional salads and for baking.

Many wonderful fruits grow in Mexico, without which it is impossible to get a complete picture of the national cuisine. The most famous of these is the papaya, loved by most Europeans. Its fruits are used not only ripe but also unripe. Cherimoya, a sugar apple, tastes like a mango, and guava can be compared to the pear we are used to.

Mexican desserts are a special section of national recipes. Their peculiarity lies in the unusual combination of sweet and spicy foods, which always delights foreigners.

Local Kakheta Kemada sweets are genuine works of art. Sugar Skulls are traditional sweets made for the Day of the Dead national holiday. Sweets and condensed milk containing corn, once again prove the versatility of this ancient Mexican product.