Stinging nettles are usually regarded as annoying weeds: they leave itchy pustules on the skin when they come into contact and are particularly annoying when you roam the countryside in shorts. Nevertheless, the nettle is a very useful plant that is often used in the kitchen, naturopathy and in the garden.

The stinging nettle is a real cosmopolitan because it is found all over the world. It shows on each continent where the soil is particularly rich in nitrogen. That is why they are counted among the indicator plants, from which conclusions can be drawn about the soil conditions.

The stinging nettle genus includes around 45 different species and is used in a variety of ways around the world. It is possible, for example, to obtain a kind of “linen” from its fibres, like from flax. Our nettle season starts around April.

The effect of stinging nettle: bacterial inhibitor and nutrient bomb 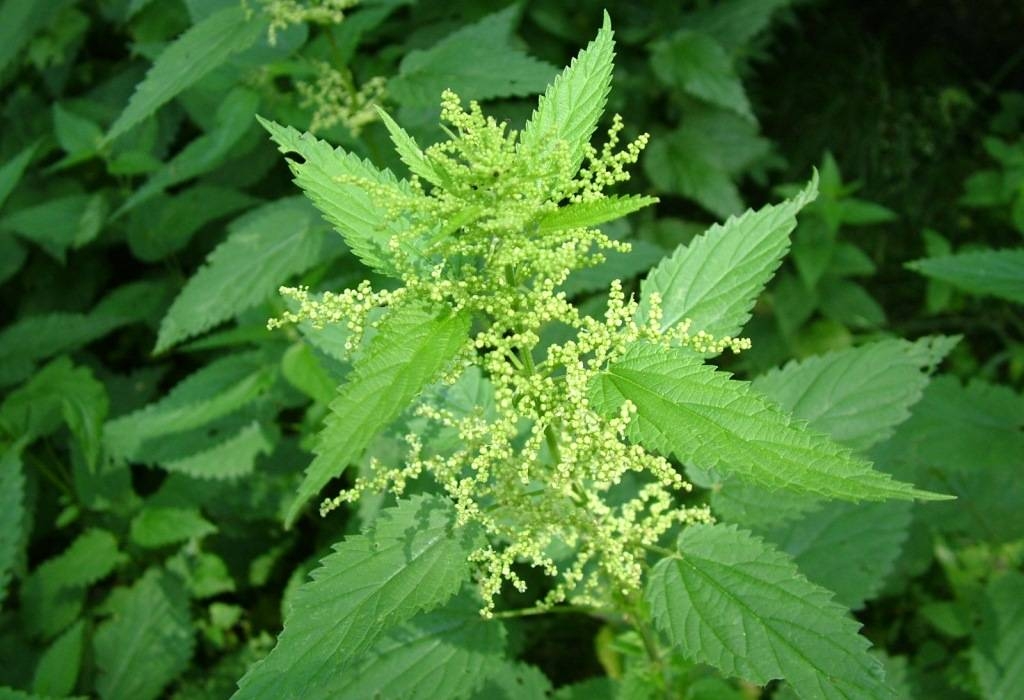 The stinging nettle contains an active ingredient in its leaves that inhibits the growth of bacteria. In the past, a handful of nettle leaves were added to freshly milked milk to make it last longer. Some foods such as fresh meat or fish used to be wrapped in nettle leaves to extend their shelf life.

The garden weed contains more vitamin C than citrus fruits and is also rich in minerals such as iron, potassium and magnesium and phytochemicals such as flavonoids. The flavonoids, together with the potassium, ensure the draining effect of the nettle leaves. Surprisingly, stinging nettles are also high in protein, so the leaves have some added value and are worth trying in the kitchen.

100 g of fresh nettle leaves contain a similar amount of protein as the same amount of fresh legumes, namely up to 8 g. The nettle seeds are also edible and are nibbled on when roasted.

Nettle tea has a draining effect and, with constant use, helps to prevent new water retention. Nettle tea is said to have a blood-cleansing or detoxifying effect and help with detox cures. However, we could not find any scientific evidence for the usefulness of such detoxification and purification cures.

You can buy dried nettle leaves in pharmacies or health food stores. Nettle tea or ready-made tea blends containing nettles are also available in health food stores. But since the nettle grows almost everywhere, you can also harvest it yourself and hang it upside down to dry at home. The stronger the tea, the more intense the effect.

However, pure nettle tea does not have a good reputation because an infusion of dry leaves has a rather “musty” aroma. You can prevent this by brewing fresh leaves or rounding off dried nettle leaves with some lemon peel zest. The nettle tea even tastes almost sparkling.

Theoretically, every part of the stinging nettle can be eaten, so it is not surprising that naturopathy has recommended nettle seeds for generations. They are said to have an aphrodisiac effect on both men and women. This is not the only reason why the seeds are now touted as a superfood: their high protein content and low fat content also make nettle seeds attractive.

As a crispy topping, they refine smoothies, yoghurt and muesli. Their supposedly invigorating, strengthening and “detoxifying” effect has not been scientifically proven, but the roasted seeds are definitely delicious.

You can harvest the seeds of the (female) stinging nettle plants up to the first frost by cutting off the seed pods and scraping the seeds off with your fingers. If you leave your collectibles overnight, the plant parts will wilt and can no longer sting you. Leave the nettle seeds to dry in the sun or roast them in the oven at medium heat for 15 minutes to make a nutty snack or topping.

With nettles against gout?

There is a persistent popular belief that nettles are said to help against gout and rheumatism. It has been scientifically proven that the plant contains active ingredients that have an anti-inflammatory and antibacterial effect, which is helpful for rheumatism or gout.

However, it is not enough to walk through the nettles in shorts. If you want to use the effective components of the nettle, you have to take highly concentrated extracts in tablet form. However, their effect on inflammatory joint diseases has not yet been scientifically proven. But sometimes, as is well known, faith alone can heal…

In natural cosmetics nettle shampoo is recommended as a remedy for hair loss. Homemade hair tonic made from nettle tea is also said to help stimulate hair growth. However, there are no meaningful, independent studies on the effectiveness, but certain ingredients in the nettle stimulate blood circulation. If the scalp is well supplied with blood, the hair roots can also be optimally supplied with nutrients and thus hair growth can be supported. However, one should not expect miracles.

Nettle manure: useful in the garden

It stinks terribly, but it really helps: Nettle manure is a tried-and-tested way to fertilize plants and drive away plant pests such as aphids in the garden. Because of the very intense smell, please do not start on the balcony, but only in the (allotment) garden, far away from the neighbor’s windows.

For the liquid manure, ferment the nettles with water; as soon as the fermentation process is complete, you can use the manure as a fertilizer or spray. Important: Only through fermentation are all the active ingredients in the plants released. The liquid manure is ready as soon as the liquid no longer smells and forms no more foam. This can happen quickly in midsummer, but can take more than a week in spring temperatures or in a shady location.

Traditionally, nettle manure is used as a liquid fertilizer for heavily consuming vegetables such as tomatoes. It can be used diluted or undiluted instead of or with the irrigation water. If you want to use nettle manure as a spray against pests such as aphids, you should only use it when the sky is overcast or in the evening, otherwise the leaves can burn. 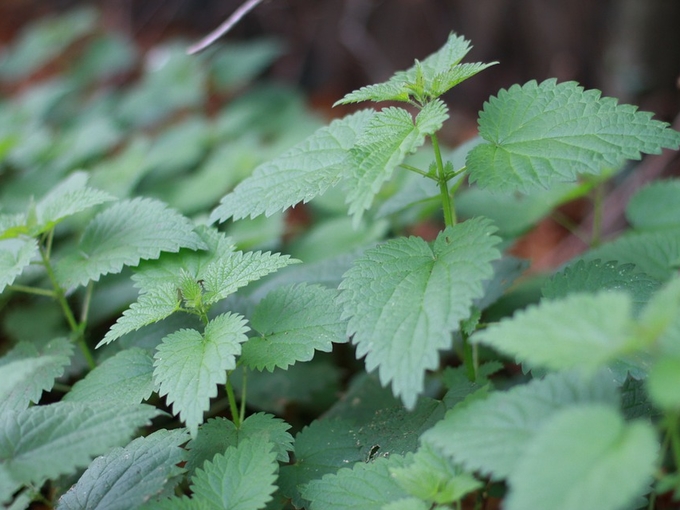 If you want to eat stinging nettle, you should harvest the young leaves in spring or the upper leaf sprouts in summer. As always, be sure to collect the leaves away from roads for untainted leafy greens.

You can prepare nettle leaves like spinach, but you can also use them to refine salads or spice up smoothies. Nettles are also an extraordinary refinement in sauces, mashed potatoes, hard cheese and dairy products, there are no limits to your joy of experimentation.

I wanted to say your blog is quite good. I always like to hear a thing new about this simply because I have the similar blog in my Country on this subject so this help´s me a lot. I did a look for on the matter and observed a good amount of blogs but absolutely nothing like this.Thanks for sharing so a lot inside your blog. Have you considered promoting your blog? add it to SEO Directory right now 🙂 amazingplaces.pictures